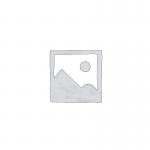 3 pedals – shift, sostenuto, sustain
88 keys – Bohemia keyboard, individually balanced & lead weighted
Large brass castors.
Made in Czech Republic
Dimensions: Length (170cm/5’7″)
Weight: 300kg
The history of Bohemia pianos began as early as in 1871 in the town of Jihlava when Josef Bìlohlavek, a skilled piano maker, opened his small workshop and gave work to several local craftsmen who were to become the first of many generations of piano builders.

The Bohemia piano is following up the pre-war tradition and thanks to the outstanding Czech engineer Miroslav Tauchman, succeeded in developing completely new construction models of pianos in extremely short time. With some 3,000 piano instruments produced annually, Bohemia Piano Company belongs to the largest European manufacturers.

During the recent years, Bohemia Piano Company gradually introduced 4 different models of grand pianos, starting at 158cm in the case of the smallest grand and including models 185 (Janacek), 210 and 272 (Dvorak) respectively, with the Dvorak grand piano intended for professionals performing in concert halls. The piano’s quality is monitored on an ongoing basis and individual products are innovated in accordance with specific requirements of Bohemia’s customers and new materials or procedures introduced to this otherwise predominantly conventional craft.

There are no reviews yet.

Be the first to review “Bohemia Mahler 170” Cancel reply

FREE Guide “7 Things To Know Before You Buy A Piano”…

“Buying the correct piano can make all the difference to your success and enjoyment.
If you’ve just started out, this guide will help you make the right decision “, Graham Howard, Piano Adviser

Part Exchange available on any piano

Find out how all digital pianos rate – ranked by sound quality, key touch…

“I’m so pleased with the service from UK Pianos. Graham was a pleasure to do business with “, Dionne Dsane, Enfield

“Your website advice has been invaluable! Highly recommend “, Barry from Glasgow